Disgraced Sri Lankan President Gotabaya Rajapaksa has announced he will resign July 13 after protesters stormed his residence and set the Prime Minister Ranil Wickremesinghe’s house on fire. Rajapaksa’s decision to resign on July 13, was revealed by Parliament Speaker Mahinda Yapa Abeywardena. There were fireworks displays in Colombo in celebration of the president’s decision. In the early morning, Rajapaksa was evacuated from the presidential palace in Colombo after thousands of protesters stormed it and demanded his resignation. 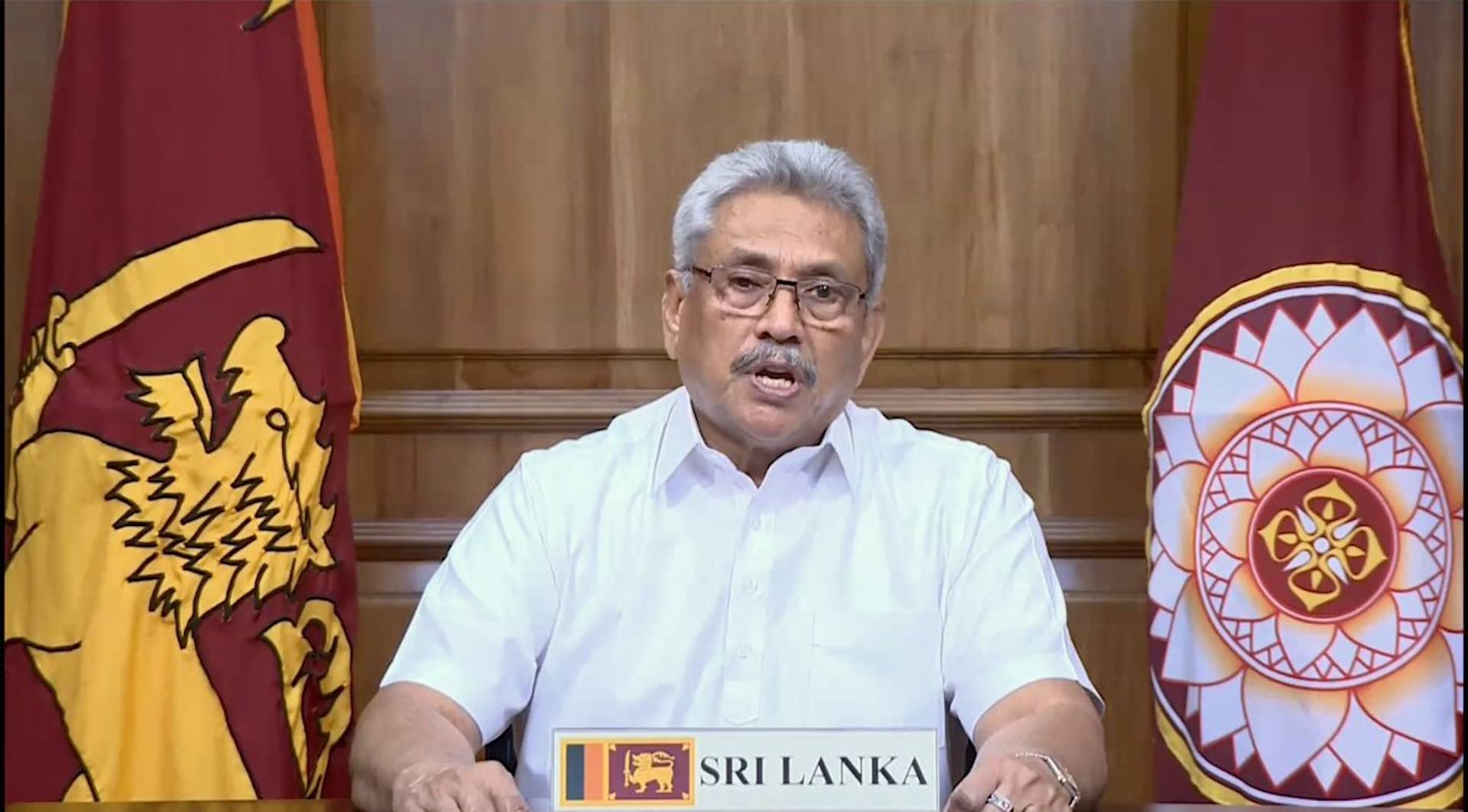 Hundreds of protesters packed into rooms and corridors in the president’s house, shouting slogans against the disgraced 73-year-old leader, according to a Facebook livestream. Social media users circulated footage of protesters standing and bathing in the president’s swimming pool. The home of Wickremesinghe was later set ablaze by protesters. On local news channels, footage showed Wickremesinghe’s affluent Colombo home engulfed in fire and smoke. The fire was started by protesters, according to his office. No injuries have been reported as a result of the fire. Reuters reports that Wickremesinghe moved to a secure location earlier in the day. PM Wickremesinghe has also announced his own resignation, but said he will not step down until a new government is formed.

In one of the largest anti-government protests the crisis-hit island has seen this year, thousands of people gathered on Colombo’s Galle Face Green square on Saturday. In spite of the efforts of military and police at the president’s official residence, which is near the protest site, the crowd that was calling for Rajapaksa’s resignation could not be restrained. Hospital sources reported that 39 people, including two police officers, were injured and hospitalized during the protests. Over the past two decades, the Rajapaksa political dynasty, which ruled Sri Lanka for most of that time, has been nearly dismantled by months of protests. Three brothers and a nephew of Rajapaksa resigned their cabinet posts earlier this year, including one as prime minister.

In the most severe financial turmoil in 70 years, Sri Lanka is struggling with a severe foreign exchange shortage that limits imports of fuel, food, and medicine. As a result of Sri Lanka’s cash-strapped nation losing fuel shipments in recent weeks, schools were forced to close, and essential services were rationed. There is a likelihood that political instability will hinder Sri Lanka’s efforts to obtain a $3 billion bailout package from the International Monetary Fund. This will enable Sri Lanka to restructure some foreign debt, and to raise funds from multilateral and bilateral sources.